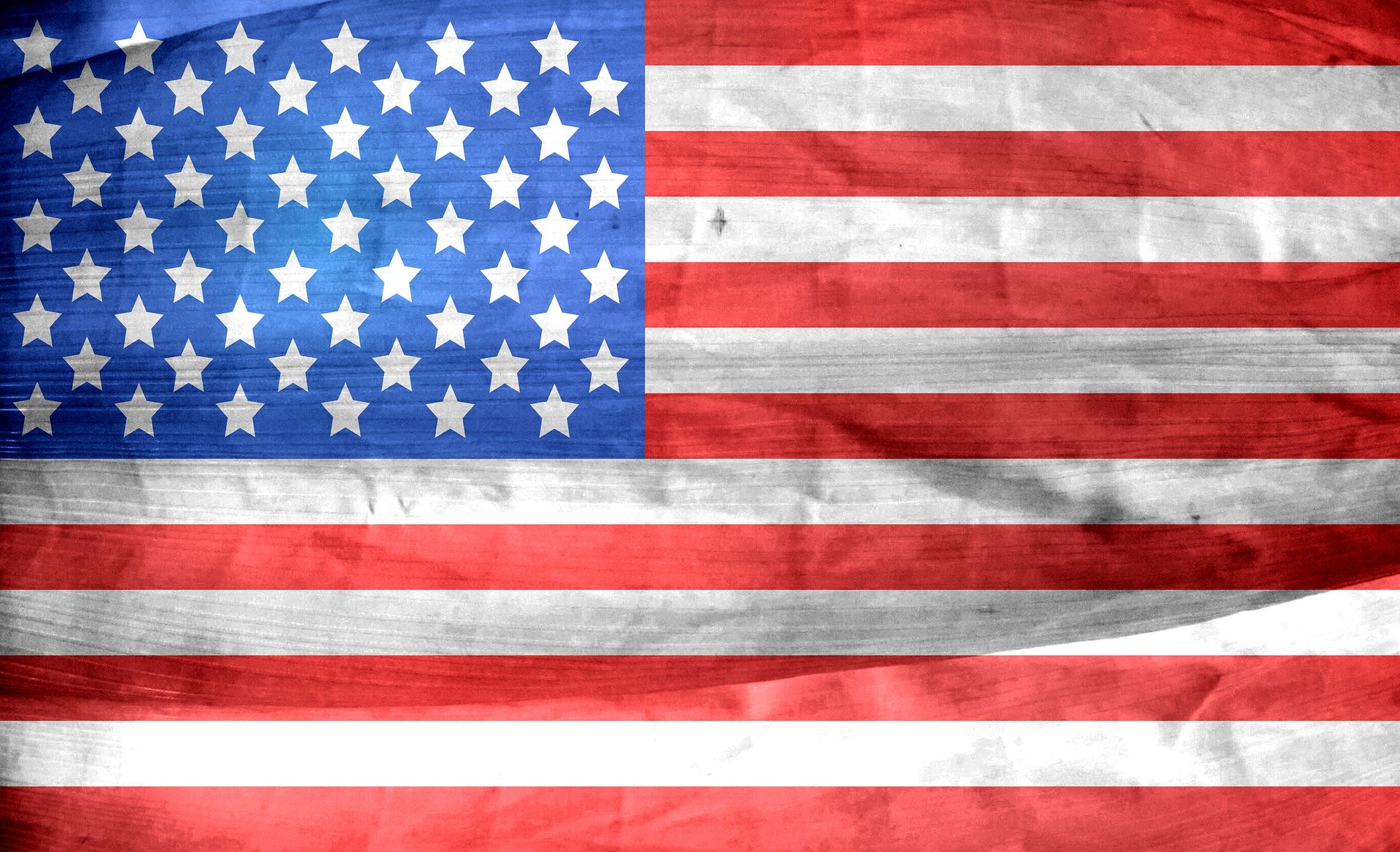 With countries like the United States and Canada at its helm, it would surprise no one that the region would be extensively and heavily involved with Forex trading, and quite successfully at that. With so many large economies in the region, the amount of wealth concentrated therein is absolutely huge. The United States alone has a GDP of over $20 trillion, which is mind-blowing.

With this considered, it’s understandable that Forex trading has been seen some huge increases in popularity over the last few years. It is currently estimated that there are over 1,500,000 online traders in the region, which is quite big. This fast pace of growth is not at all slowing down. In fact, it is growing further and is expected to keep doing so for a long time.

Seeing such an opportunity for success and prosperity, of course, attracts more and more beginners who are also interested in seeing what the fuss is about, with many of them seeing Forex trading as a huge opportunity to make large additional income. Considering this, the importance of informing oneself of all the important details regarding safety, security, the legalities, and everything else, simply can not be understated.

In this guide, we have presented our detailed and extensive reviews of all the major North American Forex environments. These dedicated guides go in-depth into the regulatory frameworks of these countries, the legal entities behind them, the advantages and disadvantages of these markets, opportunities to be taken, and much more. If you are interested in getting started with Forex trading in any North American country, then this guide is for you! Take a detailed look at the guide of your country of choice, and you will know everything you need to know to start working towards success right from the beginning! Considering the significance of the North American countries as important Forex markets, there are many different high-quality Forex brokers to choose from. However, due to the many differences between these countries in terms of their legal specifics, there are quite a big of things to consider before you can choose your broker. As an example, certain brokers available in Canada may not be available in the United States.

Due to this, we would recommend that you take a look at a separate guide for your respective country, so you can get a clear idea as to what is actually available. As for the list below, the following are the brokers that we believe to be the best in the North American region in general. 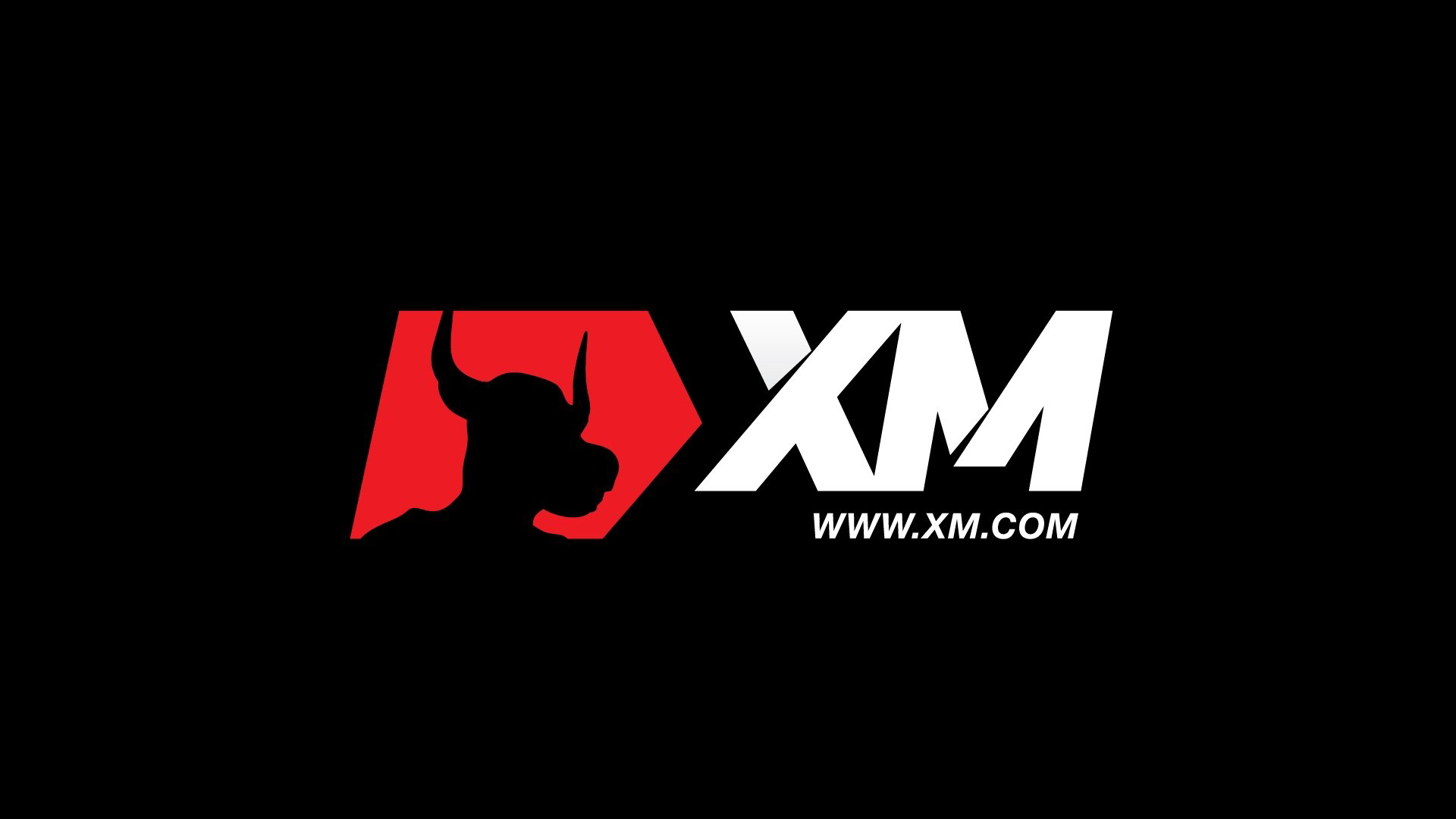 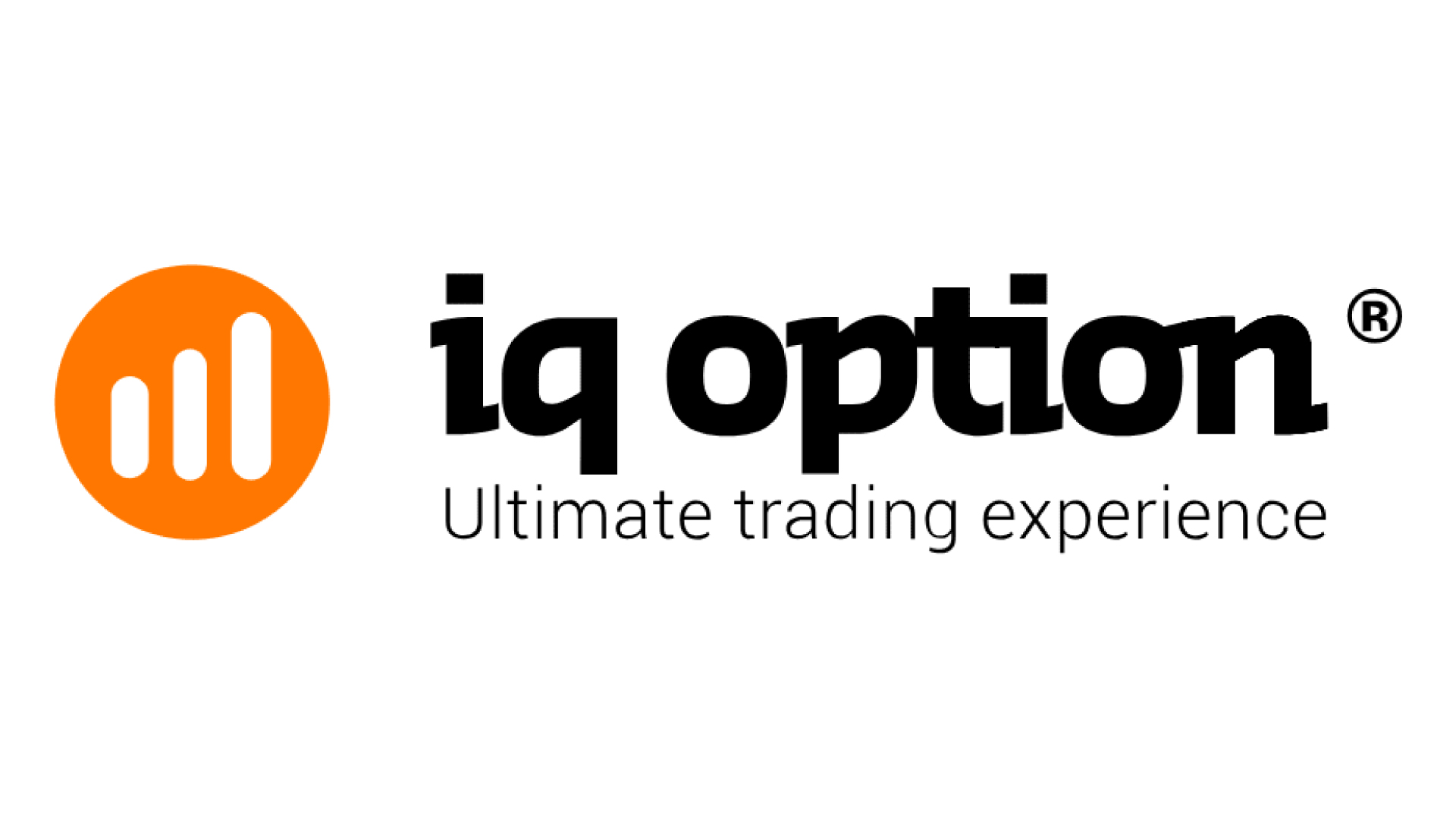 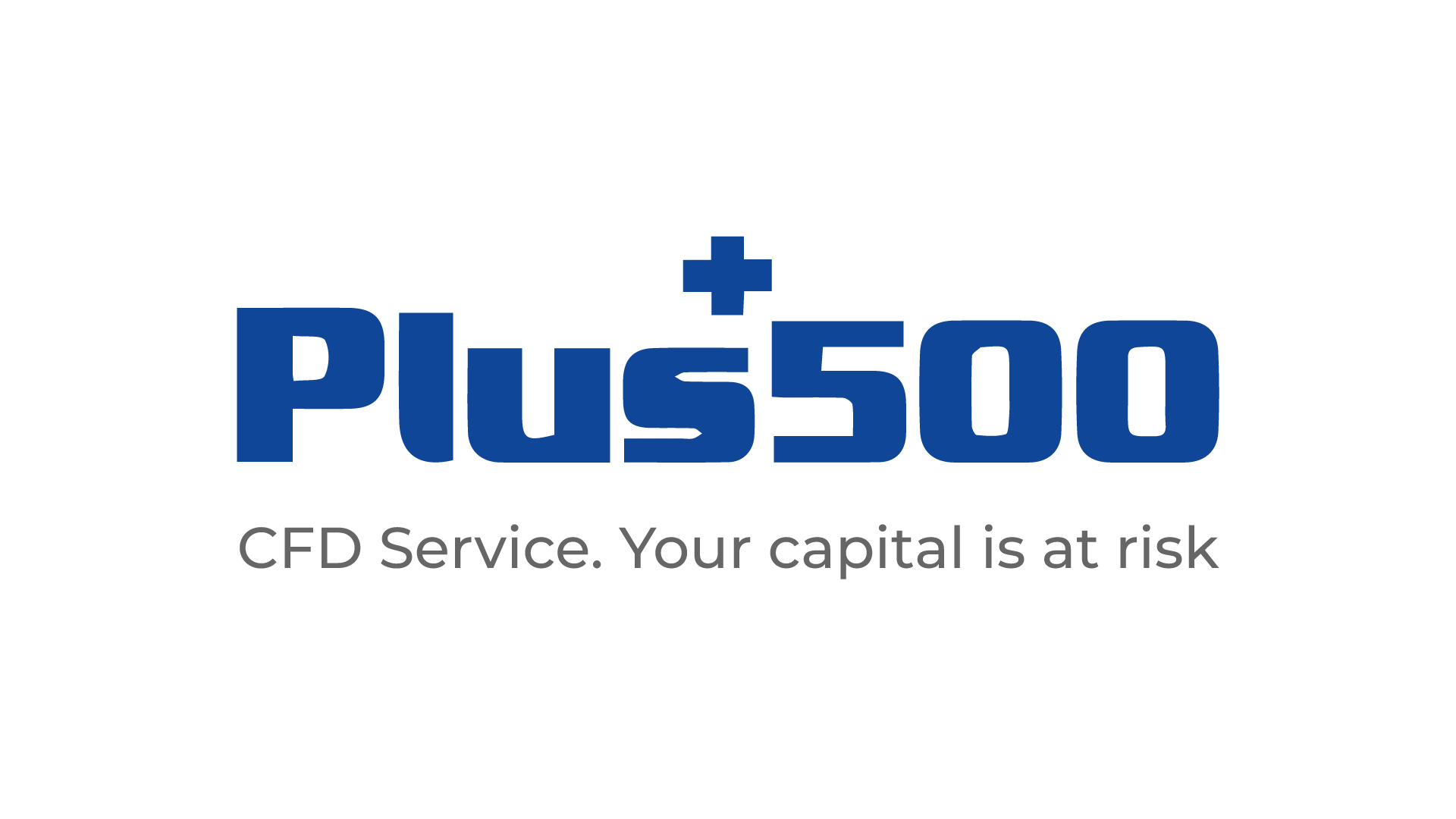 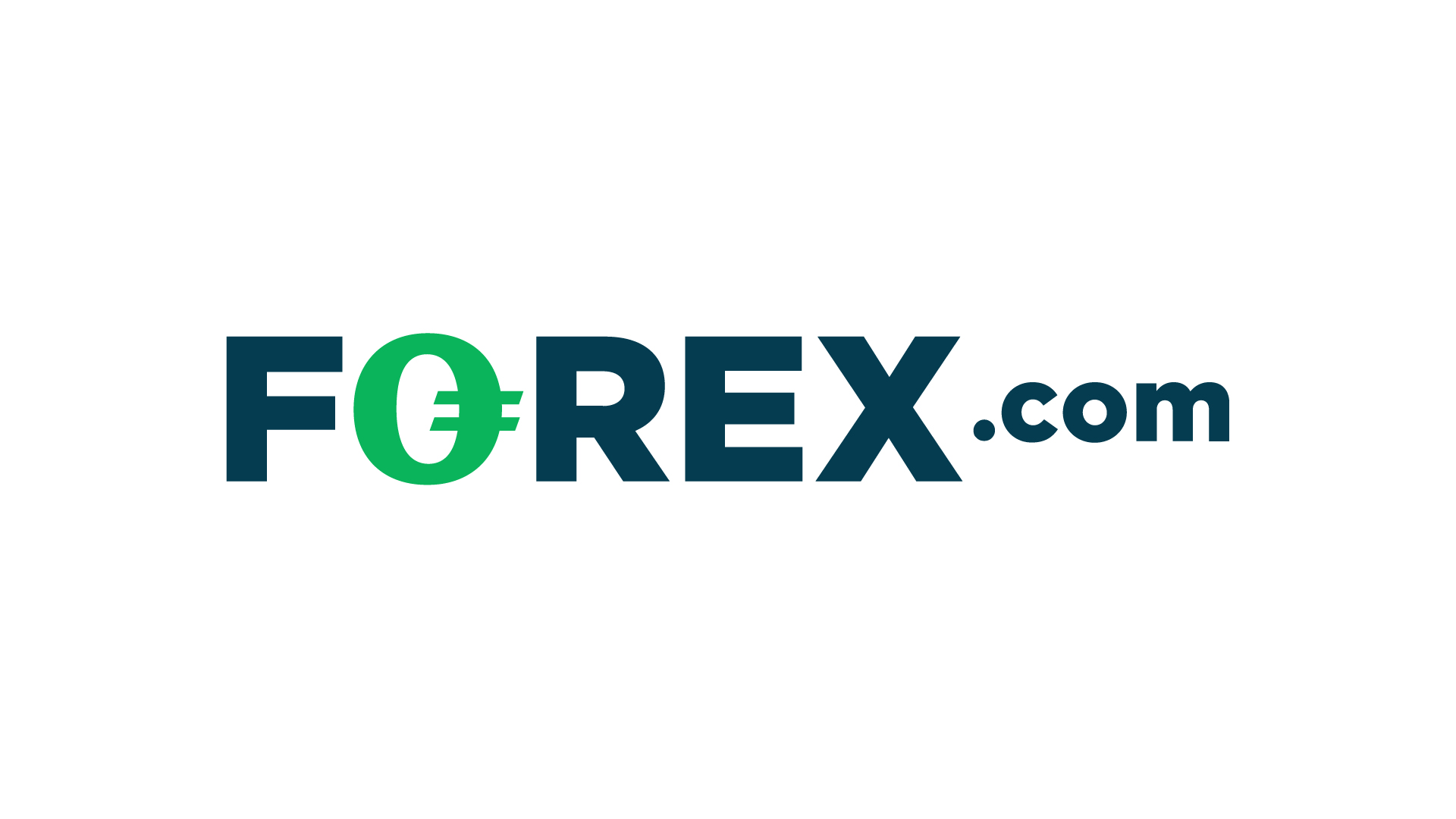 Having reviewed dozens upon dozens of countries and their Forex environments, we believe that we know exactly what makes a great country for Forex trading. Due to this, we also believe, that if you are interested in getting started with Forex trading in any North American country, then the guides below will be of huge help to you. Take a look at the list, choose your country, and you will have access to all the information you will ever need for reaching success.

Talking about and explaining the regulatory environment in North America may prove to be a bit tricky, as the regulatory specifics of the United States and Canada are quite a bit different from the other major Forex countries.

Although these two are among the biggest Forex countries in the world, due to the very strict and complicated Forex regulations – especially in the US – many brokers decide to steer clear from doing the business there at all. This, however, is less applicable to Canada, where, as compared to the United States, the regulations are a bit more favorable.

However, the difficulty that many brokers encounter in doing business in both countries is one of differing regulations and standards between different states of the US and different provinces of Canada. In some cases, some of the states and provinces have such different laws, that a completely different and focused approach needs to be employed.

Because of the reasons above, many people who are not in-the-know incorrectly assume that Forex trading is illegal in the US, which, of course, is completely false. The only difference is that due to the said strictness of the regulations, it’s just a different environment for the brokers, and as such, for the traders as well.

Barring that, it’s just as much of a great market as any other, if not better. With the United States being one of the world’s global economic and trading leaders, the opportunities for Forex trading in the country are absolutely massive. You can learn about all of in detail in our detailed guides for each respective country. For now, let’s discuss what the general regulatory landscape of the North Ameican countries’ Forex markets looks like. As mentioned, the regulatory specifics for the United States and Canada are quite unique and complex, with this especially being the case for the former. In the United States, obtaining a license is quite a challenging endeavor for a broker, which can be both positive and negative in a way. While the fact that the licensing process is hard and demanding increases the standard of the available brokers, it also limits the options and diversity of choice.

In Canada, it’s a bit simpler. While the regulators are strict about licensing there too, unlike the US, in Canada it’s more common to encounter a broker that may be based outside the country. The main reason is that the US is extremely strict about which brokers they let do business in the country. This, coupled with very harsh restrictions, make it unattractive for the brokers themselves too.

While in Canada it is also a bit more complicated to follow the regulatory framework due to the differences between the provinces, it is comparatively easier. To make sure that you’re adequately informed about all the necessary details regarding the licensing and permissions of the brokers, make sure that you read a dedicated guide o the country of your choice. You can find the detailed guides to the general Forex environment specifics of your country from the list of countries above. Now, let’s move to the specifics of the actual regulations, laws, and practices that are common in the North American region.

Leverage restrictions and specifics will vary depending on your country of choice. As an example, in Canada, the maximum possible leverage can be 50:1 for major currency pairs, which is one of the standard ranges that you will encounter in many other countries as well. It’s also higher than what is common in the European countries as well, where the maximum leverage is usually 30:1, based on the guidelines of the ESMA (The European Securities and Markets Authority).

The same is the case for the US as well, with 50:1 being the maximum leverage for major currency pairs, and 20:1 for the exotic pairs. These leverage limits apply for currency trading. For other assets, for which volatility may be higher, the limits will be different as well. So, make sure to conduct enough relevant research about the specifics of leverage before you go ahead to utilize it.

What you will encounter in pretty much hall the major Forex environments are the investor compensation schemes. These compensation schemes are in place to ensure customers’ protection. The brokers are required to keep separate funds specifically for these purposes, which are going to be used to satisfy the customers’ claims against the brokers. Additionally, they will be there to compensate the traders in case the brokers go bankrupt. This is a great safety feature, as it definitely gives you one less thing to worry about.

Investor compensation schemes may be quite a bit different depending on who is the actual regulator. As an example, there are limits as to how much a single client can be compensated for. As an example, the CIPF (The Canadian Investor Protection Fund) has a limit of $1 million CAD per trader in case the broker becomes insolvent. The limit is quite high, which gives you a decent bit of security, especially if you compare it to the limits of other regulators such as CySEC, which has a limit of just €20,000 per trader.

While these compensation schemes are something that can give you a great deal of peace and confidence, it is extremely important to conduct relevant research about how it all works. As is the case with almost everything else when it comes to regulation, there will be at least some small differences between each country, and at least some small details to consider. As such, make sure to take a few extra minutes and familiarize yourself with how it all works.

One of the common strategies that most Forex regulators employ to increase the safety and security of the market’s participants is introducing the minimum capital requirements for the brokers. In the United States, these minimum requirements are so high, that many brokers have simply chosen not to pursue this market. The separate security capital that the brokers are required to keep is a mind-boggling $20 million, which is astronomically high as compared to the European market requirements, which usually range between $100,000 to $500,000.

In Canada, the limits are a bit more within reason, but they’re still on the level to ascertain that the broker is committed enough to be doing business. This is the main reason for this rules in the first place, by making sure that the brokers are competent enough to provide the funds of this caliber, it helps ascertain that they will be able to absorb much of the possible damages that they may suffer from the volatility of the market, which, itself, basically guarantees the safety and well-being of the clients.

All of the above, of course, was a general overview of the North American Forex trading environment. The relevant information is simply too much to fit into one single guide. Due to this, we highly recommend that you give a read to a dedicated guide to the country that you’re considering to start trading in. The guides will provide you with detailed relevant information about how exactly the trading landscape looks like in your country, and what are some of the most important things to consider to have safe and profitable trading experience.

North American Forex market – what have we learned? As a region that houses two of the most economically advanced and prosperous countries in the world, the North American region definitely deserves its position among the biggest and most major Forex environments in the world. Thanks to the invaluable economic and political values and positions that the United States and Canada hold, it’s to be expected that the two countries would have thriving and fast-growing Forex markets.

If you are interested in utilizing this amazing environment so you too can start making profits today, now is as good of a time as ever, so no need to waste any time – get yourself familiar with the specifics and important details of Forex trading in your country by reading one of our dedicated guides, and you will be ready to use your new-found knowledge and start your trading journey right away!