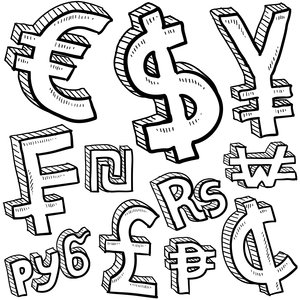 The correlation is a very important concept or strategy in the Binary Options market. It is an open secret that traders always price various currencies in pairs as no single pair has the ability or power to trade independently from others and yet succeed. This is why it is very important and most often, a matter of survival to understand what actually the correlation is.

There are many ways through which correlation can influence the fate of any trader. For instance, the currency pairs “A” and “B” are moving in the same direction but you have only been closely following the movement of pair A while totally ignoring the other pair. Let’s find out more about the binary options correlation strategy below on a practical example.

You expect pair A to go up and consequently you buy it. However, you suddenly realize that you also have to deal with pair B that might go down according to your technical and fundamental analyses and as a result, you sell pair B short. Now what will happen that you might earn profit on pair A but you can expect loss from pair B as both the currency pairs are moving in the same direction. Similarly, you can also experience the same thing if you go long and short at the same time to pairs that seem to move in opposite direction.

In fact, you can take maximum advantage of  binary options currency correlations and improve your portfolio profitability. But do so only if you manage to clearly understand what they actually mean and how they fluctuate or change with the passage of time. Some of the most important types of correlations are as following.

In general options correlations are dynamic and can change at any moment. You can actually assess your chances of placing a successful trade by comparing the correlation of past few days with the long term correlation value. For instance, the two currency pairs A and B have been moving in the same direction during last year while going up and down with the same speed. However, you have observed in last month or so that the currency pairs are moving in the same direction but with different speed. Therefore, you can simply buy a currency pair that has been going up slowly because both the pairs will ultimately catch on speed and will move with similar speed. On the other hand, you can short see or ignore the other currency pair to make your trade successful.